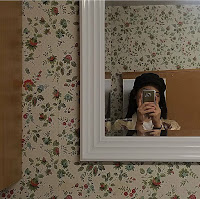 WILLIAMSTOWN, MA - It looks like the Williams College kids are complaining about Maud's most recent email deploring racism in America.

As far as I can figure it out, some of them think they can guilt her into giving away some of the school's vast resources to support their pet political causes. In their view, the wealth of the college has been extracted from the blood, sweat and tears of POC. This is odd, of course, because most of the school's endowment is based on long-term exposure to the stock market.

This is a truism that should cause an epiphany among leftist students. Or should I write ex-students?

One of the key leaders of this effort to shame Maud and perhaps even get her fired is Kristina Hwang '18.  She pronounces her name kur-TAYN HOO-hah. Two years after her graduation, she works as a Research Data Associate at NYU Langone Health.

During her time at Williams College, Kristina Hwang '18 was affiliated with CARE Now. This was a hideously evil organization led by one of the school's most famous hypocrites. The primary leader of the group was Isaiah Blake '21. As you may recall, he is the Williams College student who rose to national attention on the basis of his videotaped, hateful rant against white men on the College Council. He famously said: "Every time to be here is like sucking white dick every fucking day."

"We don’t have dialogue, because every time we try to talk to you we get shut down by the white moderate white liberal bullshit," he said.

Kristina Hwang signed the petition being promoted by CARE Now that was hostile to any effort among the faculty to protect free speech on campus by adopting something like the Chicago Principles.

She was part of a team that won funding from the school’s first Towards Inclusion, Diversity and Equity (TIDE) grants. This was a series of grants of up to $5,000 that went to various Williams College departments, offices, faculty, staff and students. The grant that Kristina Hwang won seems to have foreshadowed her post graduate employment. It was titled “Radical Care: Practices in ‘Alternative’ Healing Towards Inclusion, Diversity & Equity.” The aim of the grant was to bring in outside educators and speakers to campus for three workshops on alternative healing practices.

If you check out her Instagram account -- which is @psyfieri -- you will find links to a Williams College shaming site called tinyurl.com/payupwilliams If you are interested in the full extent of the present (ex-)student online protest, then you can read the full thing below the break. If you are like me, you may want to harvest some of the contact information they share and use it to send your own message condemning the wasting of Williams College funds on organizations which are seemingly indifferent to looting or the murder of law enforcement officers.

John C. Drew, Ph.D. is an award-winning political scientist and a former Williams College professor. He is an occasional contributor at American Thinker, Breitbart, Front Page, PJMedia and WND.

C/o [insert graduation year] here checking in to let you know that your EMPTY WORDS mean absolutely nothing in this moment. I'm astounded by your ability to write so much and say and do so little in this moment of injustice.

how dare you speak in this moment when you stood by in SILENCE while your institutions paid honorariums to WHITE SUPREMACISTS as they made the case for "free speech" on campus and all you could offer was a bullshit committee (where the white committee chair was reported to have used the n-word on multiple occasions.)

how dare you speak in this moment while your administration did NOTHING to invest in the well-being of Black students on campus, while you FAILED TO FUND the Davis Center and mental health resources.

how dare you speak in this moment while you sit on top of STOLEN WEALTH, looted from Black people in this country and abroad.

how dare you speak in this moment and offer NOTHING in material support. fuck off with your fake gestures. your silence is more genuine than anything you could ever write.

right now we are seeing institutions and YOU for what you are. profiteers and opportunists who have no commitment to real, material change. i am ashamed to be associated with Williams while it sits on billions of badly needed resources.

redeem yourself, pay the reparations your institutions so badly OWES Black people in this country. I want to see a real commitment of FUNDS and RESOURCES redistributed to bail funds, frontline funds, and on-the-ground mutual aid organizations. here is a list compiled by organizers of where to send your coin.

in ever growing anger,
[name & class]

While we share your “disgust, sadness, and anger” at the facts of institutionalized racism and police brutality, alumni of Williams College would like to ensure that you, too, are “fighting inequality and injustice” with all the multifarious tools at your disposal: in other words, with Williams’ extreme wealth. In terms of endowment per student, it is not an exaggeration to say that Williams is essentially the richest institution of higher education in the country, and indeed in the world. And yet we feel that Williams has shirked its responsibility to exercise this capital in restorative rather than self-interested ways. In recent memory, Williams has on its own campus stifled black student organizing during the financially sensitive time that is Previews; pushed two black professors into medical leave rather than believing their stories of harassment by colleagues; and refused to meaningfully address the campus culture that precipitates the stunning rate of black student exhaustion and withdrawal from the college – all rather than simply increasing its investment in community resources, such as the Davis Center. This is not to mention Williams’ longstanding failure to make reparations for its historical sins, such as its support for South African apartheid via its investments, as well as its literal seizure of indigenous land at the time of its founding. Therefore, it is not enough to condemn, even in strong words, the racialized violence that is endemic to this country. In this time of potentially transformative mass action, we respectfully but urgently demand that Williams use its financial leverage to assist its community members and manifest its ostensible principles in the country writ large. The following links provide a tree of donations possibilities (as well as other actions that the college can advocate), but we would add that donating to bailout funds is a particularly salient gesture given the role that cash bail plays in perpetuating the cycle of minority oppression.

You are the President of an incredibly powerful private institution. You shoulder the responsibility to act. Your promises for dialogue and communication, then as now, are simply not enough. You, specifically, owe it to our black classmates whose spirits were broken at Williams by administrative neglect.

Thank you for your time. We hope your solidarity does not end here.

●     RESOURCES
○     this email zap is just one thing we can do! click through links below for more info/resources/ways that non-black alumni can support (please contact @psyfieri on instagram for any resources you’d like added to this list)
■     https://linktr.ee/showupnow
■     https://www.flipcause.com/secure/cause_pdetails/NzU4MzM=
■     https://docs.google.com/document/d/1CjZMORRVuv-I-qo4B0YfmOTqIOa3GUS207t5iuLZmyA/mobilebasic
■     https://docs.google.com/document/d/1fb2cioBcCO47L_oGPsjdGVWDAc3RTHU2tIpDtekWKs0/preview?fbclid=IwAR2eEV-V8cWk2MrmiNpKJCj3CnBvd4yN4LeL62yBVCLmE0RMHcDbwxAjvPg&pru=AAABcoV_P_s*ei6TSnG6ivv47Mxqe5aL3Q 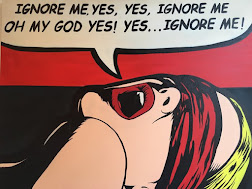