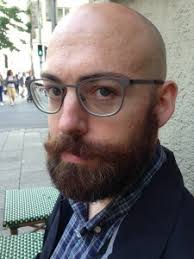 WILLIAMSTOWN, MA - Thanks to Twitter, I have uncovered a real jewel for the readers of Williams Liberty and our beloved partner in wrong thought, Ephblog.

It is a blog called Pseudo-Isidore.

In one of his most recent articles, Eric describes what it was like to be a recently tenured history professor at Williams College during the 2018-2019 school year. This was a year in which white liberal professors found themselves under attack for not being sufficiently woke. He does a compelling job describing what it was like being besieged by radical CARE Now students. As you may recall, these students were opponents of modest efforts to bring the Chicago Principles to Williams College. Moreover, they were the ardent acolytes of two of the most ridiculous black professors in living memory. Eric describes them and their flimsy cause as follows:

These two paragons of learning experienced Williams College as a violent and an unsafe place, in part because of the free expression debates that unfolded during their third semester there. Thus they published a long screed at The Feminist Wire, detailing the hostilities they faced. “We are Black Queer Feminists, serious about our call to research, service, and teaching,” they declared. “We are not safe.”

What we have been doing to fit our bodies in these institutions is killing us and we WANT TO LIVE! And not even tenure is worth our Black joy.

They illustrated their unsafety by relating an argument they had with an automobile mechanic – unaffiliated with the college – who initially refused to give them a ride home after car trouble.

What is most alarming to Eric Knibbs is that the madness he saw at Williams College is a straightforward vision of what Antifa terrorists, enraged peaceful protesters, and statue haters want to impose on all of us. He summarizes his main point in a TLDR (Too Long; Didn't Read) paragraph:


What, a few years ago, seemed like the regrettable yet limited excesses of the campus left, has suddenly become a political force in the wider world. The Race Theology promoted by schools like Williams College is everywhere now. It’s important that reasonable people who are not part of this dubious religious revival voice their dissent.

I think it is important to read his article in full. Mainly, it demonstrates it is not so funny to be face-to-face with leftist, extremist students who are quick to assert racism as the motive for anything they dislike. These students have little to lose and nevertheless appear to have more influence with the administration than a well-meaning professor like Eric Knibbs. I should add that the article also displays Knibbs' entertaining writing, ability to explain things simply, and his conscientious research. His article is a telling reminder of what an elite Williams College professor would be like in a culture that promoted merit rather than identity politics.

By the way, there is now an interesting discussion of Knibbs' article over on Ephblog where it looks like David Dudley Field '25 will be doing a multi-day analysis. Knibbs is replying to comments made on the Ephblog article on his own Pseudo-Isidore blog.

John C. Drew, Ph.D. is an award-winning political scientist and a former Williams College professor. He is an occasional contributor at American Thinker, Breitbart, Front Page, PJMedia and WND.