WILLIAMSTOWN, MA - It looks like the lesbian, leftist chair of the English department at Williams College, Kathryn Kent '88, is in for a bad week and a fresh bout of negative national attention. Radical identity protesters are seeking to control English professors at Williams College by demanding "an indefinite boycott of all English Department classes (ENGL) that do not engage substantially with race." 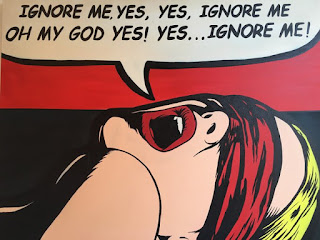 I suspect the ideologically privileged proponents of identity politics are targeting the English department because, they would be laughed off campus if they directed their irrational ire anywhere else. In a recently released manifesto, student protesters' endeavor to provide evidence of racial discrimination which includes only a handful of minor league offenses including as a lack of a tenured professor in the exceedingly narrowly defined - whites need not apply - field of ethnic literature. The shrewd observer of all things Williams College, Jerry Coyne, rips apart the protester's nonsense about the departments hiring decisions here.

More evidence of the effort to put black students back in chains is the observation that too many of the hipster leftist white professors are exercising their freedom of speech by using the word "nigger" in their classes. Quelle horreur!

In an attack reminiscent of the hostility directed against Jewish biology professors at Evergreen State College, the protesters are incensed that the leftist lesbian chair of the English department, Kathryn Kent '88, pushed back against the insults leveled at her by a leftist Asian professor, Dorothy Wang.

Most humorously, the manifesto suggests that we will all be shocked, truly SHOCKED, by the question: "Did you know that racism and sexism in the English Department have inspired two open letters by students/alums in the last four years?"

According to the permanently aggrieved protesters,  students should now abandon professors who teach ordinary, leftist inspired nonsense in favor of those who are truly bizarre African-American transgender professor, Kia M. Green '07, who embarrassed herself and the school by displaying the details of her botched top surgery by walking buck naked through the streets of Williamstown in a self-described psychotic episode.

What exactly are the students asking for? More jobs for ideologically motivated bores like Dorothy Wang who seemingly specialize in nonsense valued in the academic world for its edgy anti-white hostility rather than its beauty or excellence. It maybe that the demand for more jobs is so that existing radical Williams College students can grow up to be radical Williams College professors and follow in the steps of both Kathryn Kent '88 and Kia M. Green '07?

Specifically, the manifesto demands 1) a new job for an ethnic literature type to serve as the chair of the English department in place of Kent; 2) four more jobs teaching ethnic literature, one each for African American, Latinx, Native American and Asian American literature; and 3) a consulting contract for some allied ideological goon who will lead a threatening, external investigation of the English department.

The student protesters will apparently shame any student who attempts to include in their English education anything but the offerings of the following four professors:

All in all, it looks like Williams College is steadily moving in the direction of becoming another Evergreen State College where well-meaning white liberals and leftists are attacked simply because they are white. It must be a shock for Kathryn Kent '88 to discover she is being portrayed as an evil insider who promotes "violence" against people of color.

In a just world, folks like Kathryn Kent '88 would be punished by karma for their mistreatment of young white male graduate students looking for work in the academic world. It would be wonderful if the protesting students would get their way and remove her from her chair position, subject her to a humiliating outside investigation, and stack her department with people who will be promoted and tenured as long as they assert they hate her guts simply because of her race.

UPDATE: According to a report at Inside Higher Education, the proposed boycott has been a bust. A spokesperson for Williams said, “There's no boycott -- it's just a call for a boycott. In fact, there's robust enrollment in English, and quite a few courses are overenrolled.” 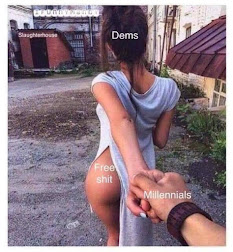